This past Saturday I finished the Sea Glass Quilt which gave me tremendous satisfaction.  It's hard to describe the meaning this quilt has to me as it has been with me since just before my father passed in February 2012 and the evolution of it's creation, where it's going and the name has helped me through the past fifteen months.


I'm linking up with Fabric Tuesday at Quilt Story today. 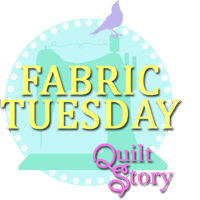