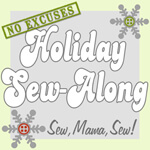 
Cooking:
Last night I made a dish for dinner that my mother made when I was growing up - one of my favorites.  I hardly cook with her recipes as they usually cause me to miss her but last night was different.  As I looked through her recipe box and combed through the 3 x 5 cards with her handwriting on all of them - some even typed, the thought that I needed to cook my way through her recipes became paramount.  After I got dinner in the oven I brought the recipe card with me to the computer and Googled the name....Chicken-Party Chipped Beef, thinking I would come up with nothing.  Oh was I surprised as everybody and their mother has a recipe for this which made me laugh and understand how widespread recipes which contain Cream of Mushroom soup really are.  And all along I thought this was some amazing family recipe....too bad I never noticed where it came from....Sunset Magazine! Have a safe and enjoyable weekend,
Susan
Posted by Susan at 2:20 PM 3 comments: