They were good and so very rich as they were made with both whole milk and heavy cream.  At only 3/4 cup/6 ounces of pudding in each of those jars, they appear too small of a dessert but wow do they pack a punch - there was no way I was going in for another one.  But my boy however.... 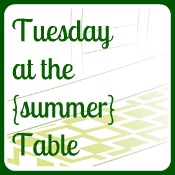 Enjoy your day!
Susan
Posted by Susan at 7:13 AM 6 comments: